An ambitious football club has started a £200,000 pitch improvement scheme in time for the planned re-launch of the new Lock Stock Ardal North West Division next season.

Denbigh Town have begun work on the latest in a series of major improvements to their Central Park ground which has already seen the club build a 475-seat main stand, a new clubhouse and changing rooms and install floodlights and secure perimeter fencing.

It is part of a long-term plan to improve the facilities to enable Denbigh Town Football Club to play at the top level of Welsh football, the Cymru Premier League.

The latest step on the road is the installation of a new playing surface with a sophisticated drainage upgrade and a computerised sprinkler watering system fed by a borehole and two 25,000 litre storage tanks.

“We have always had a problem with our pitch in the winter months and this has become steadily worse in recent years.

“The pitch has a large clay content and the old clay pipe drainage system, which is over 60 years old, has deteriorated and collapsed in many places.

“Last year was particularly bad and the pitch was unplayable for long periods of time, so we had to do something about it.

“We have managed to raise over £200,000 in grants from Clocaenog Wind Farm Fund, Sport Wales and Denbighshire Commuted Funds as well as contributions from Lock Stock Self Storage and all our loyal sponsors with over 50 local businesses supporting the Club.

“The majority of these sponsors have continued their support to us during this uncertain time due to Covid.” 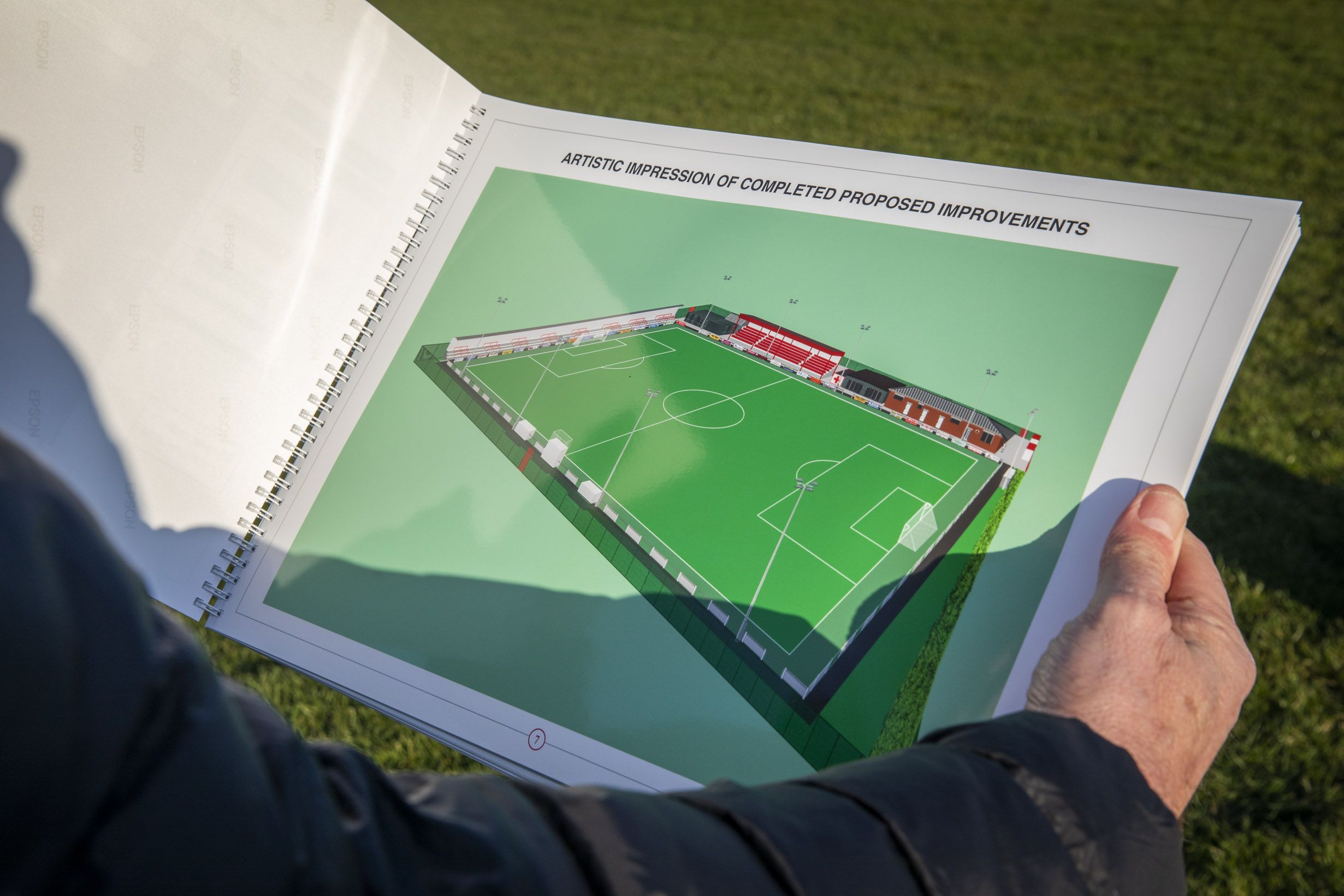 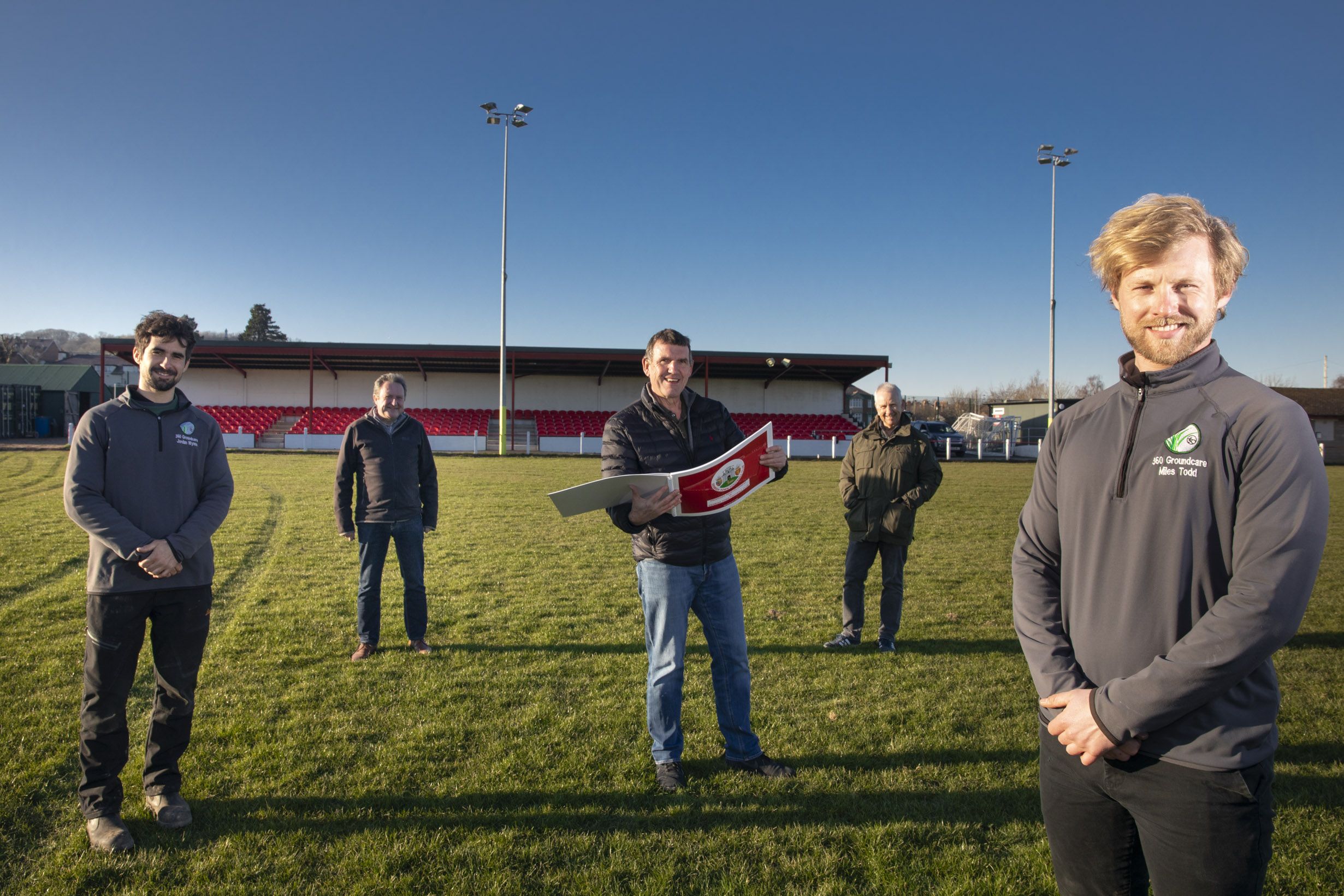 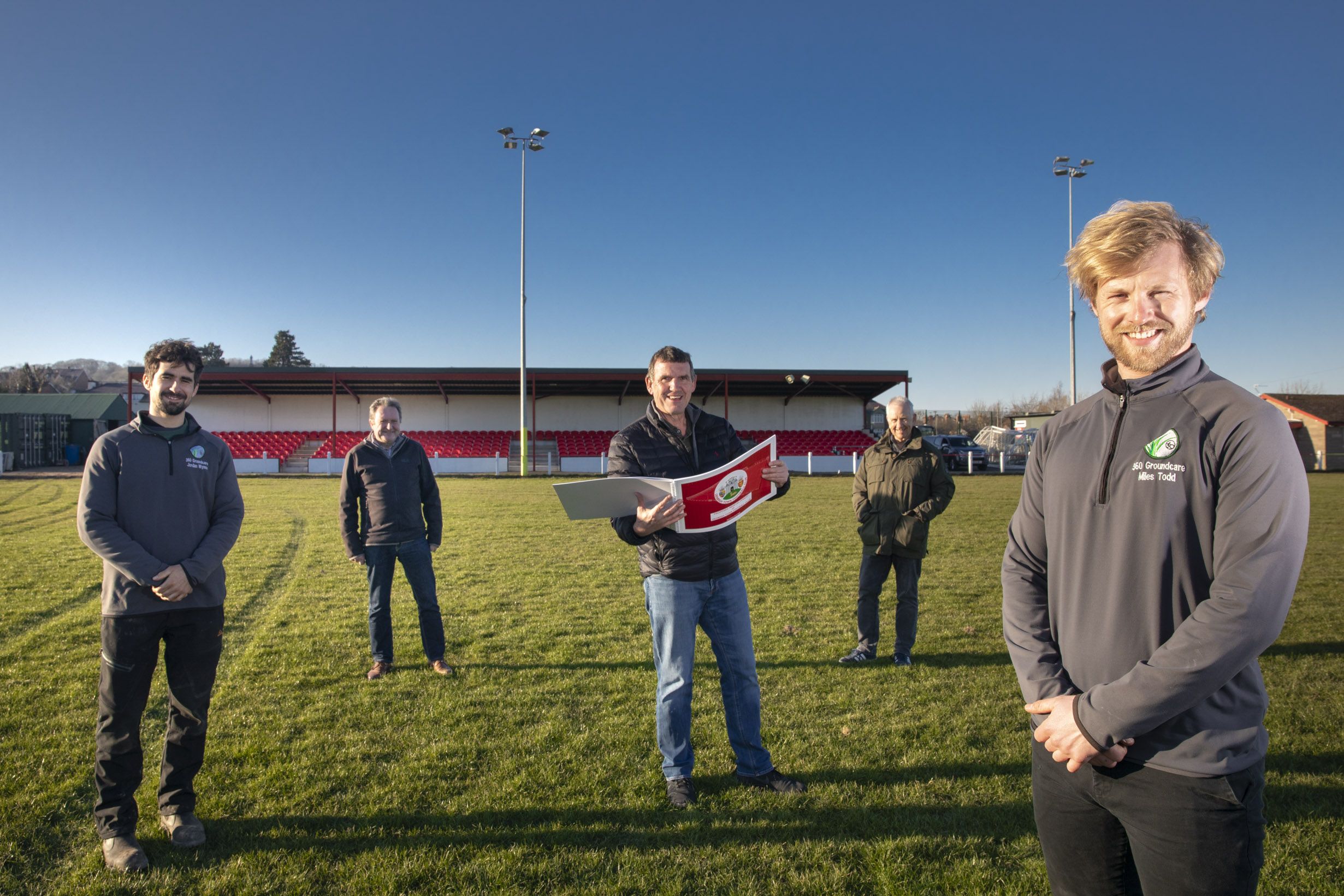 "The fund is designed to help local communities living in and around the windfarm in Conwy and Denbighshire.

“Denbigh Town FC is a vibrant sports club which is taking positive steps to provide the best facilities it can for local people of all ages to play, watch and be involved and we’re delighted to be able to help them do that"

The main contractor for the project is St Asaph-based 360 Groundcare who specialise in sports ground, maintenance and improvement and whose clients include the Football Association of Wales, the Welsh Rugby Union and regional rugby side RGC 1404 at their ground at Eirias Park, Colwyn Bay.

360 Groundcare founder Miles Todd is originally from Denbigh and played for the club and he said: “It is special for me after playing for Denbigh Town for many years and being a Denbigh lad.

“I have been associated with the club since I was 13 years old and it is great to come back to my home town club once again and be able to help put something back into it.

“It is a very professional project and will be one of the top grass playing surfaces in North Wales.”

The computer-controlled irrigation system can be programmed and controlled from a mobile phone with 14 automated sprinkler heads across the pitch, each able to be operated individually.

They will be fed by twin 20,000-litre tanks filled by water drawn from a 60-metre deep borehole excavated by another local firm, Dragon Drilling, based near Corwen.

Shon Powell added: “This is a comprehensive scheme which provides us with a new pitch that we will be able to play on two or three times a week throughout the season.

“In recent times we have sometimes struggled to play once a month due to the very wet pitch, and this new system will ensure that the club has facilities which can equip us to compete at the top level of Welsh Football.

“The Club is growing year on year and we have a very ambitious Ladies’ team who will need to play their games on our main pitch if they are to progress.

“We have also started a disabled section which will have the use of the pitch once a week and our ever-growing junior section now has 10 teams from the ages of six to 16.

“In total we have about 280 people playing football every week with over 40 coaches and 25 volunteers and committee members.

“For this size of club we need the best facilities available so a big thank you to all the Grant Aid Supporters, loyal sponsors and dedicated committee members.

“It has also been important to us to be able to appoint local contractors to carry out all the works for this project and as well as 360 Groundcare and Dragon Drilling, they include Alan Ramsbottom Landscaping and C J Electrics.”